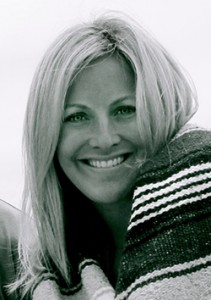 When she was just 8, Anna began having trouble breathing while playing soccer. She was diagnosed with asthma, given inhalers and off she went. Each year, however, Anna’s difficulty breathing continued to worsen. Symptoms became daily, hospitalization become more frequent.

Since high school, Anna has spent much of her life in and out of hospitals, struggling to breathe, to make it up a flight of stairs, to walk for more than a few minutes without needing to go to the emergency room. Despite these obstacles, Anna graduated with degrees in Communication and Sociology from the University of San Diego and worked in Media Relations for the San Diego Padres for several years. But as her disease continued to progress, working – even part time – became nearly impossible.

Anna’s double-lung transplant is expected to cost approximately $1.1 million. Insurance will cover most of these costs. However, in order to be put on the active recipient list for the surgery, Anna must first establish the financial ability to pay for certain aspects of the aftercare, such as offsite housing, nurses, and medications. Please make your donation with the link above. Let’s be Anna’s second Wind!